Answers from the Embox stand to popular questions from the TechTrain


The flow of visitors at our stand was very large! And we, unfortunately, did not do handouts describing our project. And some left, not having time to understand what is happening here. We were asked many similar questions, and we decided to publish a short article in order to answer them.

article . The other is a robot based on stm32f4discovery, controlled by radio. This robot is equipped with a light sensor and a range finder based on an infrared sensor. There was a mock-up for demonstrating multi-agent robots based on five STM32F3-Discovery interconnected via serial interfaces. They jointly solved the task of smoothing the function (more detailed description is beyond the scope of this article).


There was a layout based on STM32F7-Discovery. It demonstrated an example with a small graphic framework Nuklear , described in article .

There was a model of a SIP phone based on stm32f4discovery. This was in article .

There was a model based on the board sk-imx6q with LCD-display, it was a demo scene from Mesa3D .

Well, yes, there was a system unit called "monocube" based on the Elbrus processor, this was in article .

How, perhaps, one can guess from the list of mock-ups given, to another popular question: "Is this Arduino?", The answer is also negative. It's not even about the hardware (I do not know if it makes sense to make a powerful imx6q processor from Arduino), but I'm sure that it will not be possible to make a SIP phone on Arduino or run OpenGL. No, do not get me wrong, I do not in any way want to offend those who develop under arduino. But the pay for ease of use are significant limitations for this platform.

Do you make robots?

Since we had several robots, we were often asked this question. Answer: "No, we are engaged in system software. Control algorithms and the robots themselves are, rather, our hobby. "

No, Embox is the OS for embedded systems. This is a much broader concept. Robots are a very illustrative example of the application, because they need to be done as things that are typical for small RTOS (collection of readings from sensors, motor control), and what is much more convenient to do on large operating systems (development of control algorithms, remote control). And consequently, on similar tasks, Embox demonstrates its advantages well.

Is it Linux? And on what is Embox based?

No, this is not a Linux distribution. We wrote the kernel and the basic system services from scratch, naturally, looking into other open projects and, of course, we studied the same Tanenbaum.

Over time, we added the ability to use third-party applications from the Linux world, the same PJSIP project or the Mesa3D library. Because there is no desire to do the same, but your own.

From the characteristics of Linux, we have differences. For example, visitors found out that the OpenGL layout was loaded in just 7 seconds, and this despite the fact that U-boot, which is used as a bootloader, eats a couple of seconds. Well, or crap Linux with a SIP stack in STM32F4-Discovery, which has only 192 KB of RAM, is unlikely to work. Although one visitor claimed that it was slack (probably the distribution, slackware ), It climbed up to 40 KB. But he, most likely, just confused kilobytes with megabytes.

What is this your Embox?

Personally, I explained allegorically at the festival: "Linux without Linux".

I will open the topic a little. In Embox there is a port of the open library Qt (also demonstrated at the stand), OpenGL we showed on the basis of the open project Mesa 3D , or, take the same SIP phone - it is based on the open project PJSIP . All these projects work fine in Linux. But if you need to shove the SIP phone on a small board, then there is no Linux to use. Well, or some equipment where you need to draw 3D. For example, a terrain map with a terrain involves fairly large hardware resources, which means that you could use LInux. But on the other hand, along with Linux comes a bunch of software, and these are potential errors and security holes. In Embox, you can build only the parts necessary for the application. And this makes it possible to significantly simplify the passage of various certifications, both for correctness of work and for safety, for example, absence of NDV (bookmarks).

Is it possible to go to the Embox internship, participate in the project and where to look for you?

Embox is an open project and of course you can participate in it. We will gladly help in this endeavor.


We remember our roots and deal with students fairly closely. The project has a decent number of coursework and diplomas. The bulk of course at MatMech St. Petersburg State University. But there were precedents of works from other universities. In addition, the project involves students and recruiting experiences from other cities and countries.


The project repository is located on github


The main (English-speaking) distribution group for the project: embox-devel[at]googlegroups.com


In addition, we created a Russian-language distribution group: embox-ru[at]googlegroups.com


You can also write to me personally: anton.bondarev2310[at]gmail.com From Kotlin to the Goblin: how was 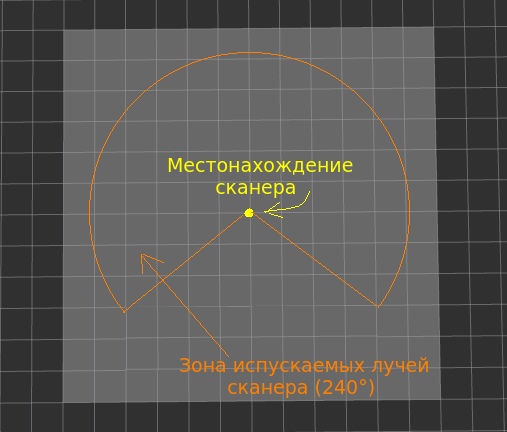 Construction of a local patrol map of Radio designer: FM radio based on
Comments
PERFECT size dumpster rentals for your residential needs, they are the ideal fit for your driveway. EASY simple pricing so you have everything upfront. FAST dumpster delivery. Check out: Austin Dumpster Rental