Godville - except for jokes 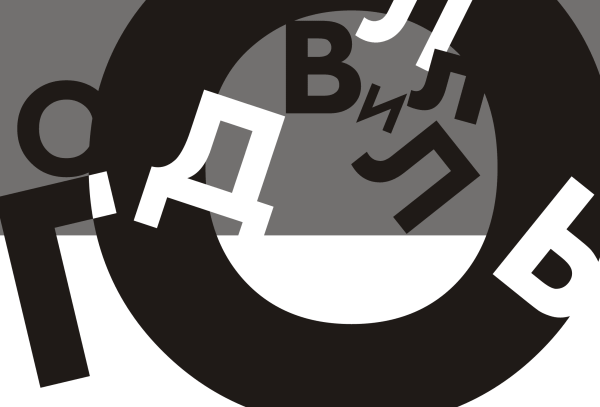 When they talk about Godville, they first of all remember that this is a text-based self-game: on the one hand - a parody of popular MMORPG games, on the other - a rethinking of the "Flat World" by Terry Pratchett. Which, of course, is true, but at the same time an incredible simplification. Personally, I view Godville primarily as a book, and this book (as, indeed, any book) would not be prevented by the preface. On the technical side of Godville is already wrote , and twice . Since then exactly nine years have passed. For today, this is probably the most popular online text game in runet. During this time, Godville developed and became more complicated, but its essence remained the same. It is about the essence of this project that will be discussed later.


One hundred thousand billion poems ". This collection contains ten sonnets. Each line of each sonnet is printed on a separate strip. To achieve uniformity of texts, we had to use a number of restrictions - both in the style and organization of sonnets, and when choosing themes. Since all sonnets have the same rhyme scheme and the same rhyme, the lines can be combined in any order, opening a corresponding strip of each sonnet. The number of potential combinations is enormous: 140 lines, contained in ten sonnets, make it possible to make 10?00?00?00?000 poems, that is, the number declared in the title. Keno called his invention "machine for the production of poems." Anyone, regardless of his literary abilities, could create a new, previously unread work. According to Keno's calculations, reading all potential options would require two hundred million years of continuous 24-hour reading. At the same time the author himself was inspired by the children's book "Replaceable heads", flipping through which it was possible to combine differently the stripes depicting body parts and the clothes of funny little men. In the digital age, interactive online publications of sonnets appeared, which allow the generation of texts on the basis of Keno sonnets to be generated randomly or automatically.


Although Godville does not have a direct relationship to poetry, its structure is structured in a similar way. Texts in the game are sorted by a relatively small number of topics that correspond to the large elements of the plot - an adventure in the sea, in the dungeon, etc., conditionally call their chapters. Category - the smaller blocks of the plot, which determine what part of the "chapter" the character does. All texts in the game must correspond to a certain set of restrictions, which allows you to combine them in a certain order, inscribing in the desired storyline. In addition, the game uses variables %% and {}. The first kind of variables is designed to embed the smallest parts of the text in the right part of the work, for example, individual objects or characters. The second allows you to reconcile gender differences. As a result, we get an endless self-reproducing satirical adventure novel. What is important for each reader is a personal one. We now leave the brackets behind the fact that Godwill's base of texts (unlike the Keno database) is constantly growing, and readers can take part in their compilation. Even if this did not happen, the novel would still be endless, albeit more boring.


For the sake of justice, it should be recalled that the idea of ​​an infinite novel (in the most general sense) is also by no means new. In 197? it was described by Borges in the story " Book of sand "(El libro de arena), where the main character falls into the hands of a book whose pages are divided indefinitely, and the text written in an unknown language never repeats and presumably has a religious content, referring us to the abstract Book of Books (or even the Book of Books Books). Godville essentially sends us in the same direction. In form, the narrative is conducted on behalf of a hero who endlessly performs feats for the glory of his god, occasionally according to his covenants and even less often under direct divine guidance. The subject matter, world outlook, endless succession of feats, social base, even sublimation of sexual relations are perfectly superimposed on the general rules of medieval knightly novel . Thus, the epos in the spirit of Cervantes merges in it with the sacred text, to which at times the hero pretends, not without reason, who feels himself a prophet. Implementing something like this would be honorable and exciting in itself, but Godville is not limited to this.


Another feature of Godville is its influence on the language. This refers not just to the influence on the development of the vocabulary of its readers (this is perfectly handled by any fiction), but to the language in general. The human language is being perfected, and not least thanks to poetry and prose. Fiction - this is the main workshop of words and meanings, where many words and expressions come from. But if for fiction it is, so to say, the accompanying load, then in Godville, where almost every phrase has a double (and sometimes triple) meaning, this is the main emphasis. The words in it are turned and transformed precisely in order to give the expression (sometimes a common quote) a new, sometimes very unexpected meaning. This is not always done consciously, but it is from here that humor begins.


If we slightly paraphrase the famous statement of the Strugatsky brothers, humor is a direct result of fantasy and imagination that allow us to connect psychologically incompatible concepts and phenomena characteristic of our complex and contradictory world. The presence of humor automatically implies the ability to enjoy the consideration of connections and patterns, even if they do not concern the immediate satisfaction of the most primitive social instincts.

One of the results of applying the above mentioned abilities for the language is its development through the invention of neologisms, phraseological units, puns and simply stable expressions. After all, the more words, phrases and expressions in the language, the more shades of feelings and meanings it can convey and the better it is. Or, as they say sometimes, the language is richer.


Any large-scale artwork contains quotes from other works or mentions the events that occurred in them. This is what Borges called "Books that tell about other books." Godville in this respect has considerably surpassed all books known to me. This is a real kaleidoscope (another toy, illustrating Godville) citations and references, it is literally crowded with them. On the one hand, borrowings are organically built into the narrative, and on the other, they hint at other works. First of all, these are books and films, sometimes familiar to us from childhood, sometimes unfamiliar at all, but certainly deserving our acquaintance with them.


In conclusion, I would like to say about the trend over the past 20 years of a continuous decline in the circulation of books, newspapers and magazines. In my opinion, this is not only due to the appearance of their digital versions, but also because these traditional literature carriers have competitors - the Internet, wikis, blogs, online games, available movies, etc. And if half a century ago the book was actually an uncontested kind of entertainment, then the situation changed over time. And Godville looks like a new, original medium of elegant literature, working somewhere at the junction of books and online games. You can not remain people The book "Unity for the developer. The book "Programming for children.
Comments
Nice information, valuable and excellent design, as share good stuff with good ideas and concepts, lots of great information and inspiraopencarttion, both of which I need, thanks to offer such a helpful information here.